How to Extend Your Internet Connection Range

Posted by admin on in Technology, Wi-Fi |

The range of your Wi-Fi connection depends on the frequency that is being used, the radio power output, the antenna gain, its type and the modulation system.

These days it seems that the Internet is available almost everywhere we go, but it may be very frustrating to try and access it when you are at the end of a poor Wi-Fi signal connection. And believe it or not, this is very common in buildings that use thick walls made of stone, or in the areas that are far away from the router. The good news is that even if such obstacles exist, there are proven ways that will help increase the strength of the Wi-Fi signal. 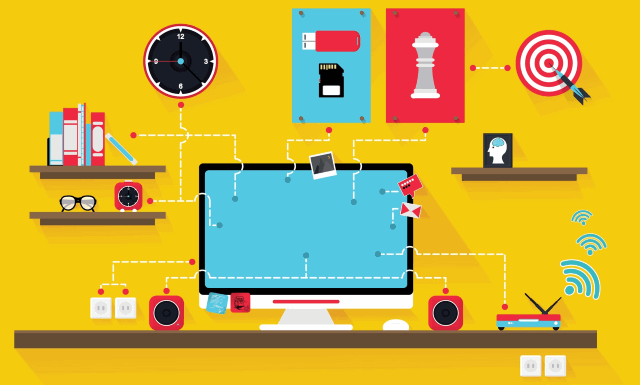 In fact, there’s an entire device category that was built withthis main goal: Wi-Fi range extenders. Their main role is to help you get rid of the dead zones, the areas that seem to repel the Internet, sending it into a black hole. Metaphors aside, the range extenders are usually placed halfway between the router and the dead areas, and they can rebroadcast the signal that’s being received from the router.

It is important to place the Wi-Fi range extender in an area where the signal is acceptable; otherwise, it may rebroadcast a strong, and yet poor signal, and this will have an immediate impact on the quality of your Internet connection.

Wi-Fi range extenders are wireless devices, so you won’t have to install additional cables in the building. Simply plug the device into a socket, and then pair it with your router quickly, using a WPS setup/button. This way, the device can be tested in several building areas, until it can receive and broadcast the best signal. You can easily test that using a website that is able to measure your Internet connection speed.

The Wi-Fi range can also be extended using a high gain antenna and a UFL to RP-SMA adapter. Often times, Wi-Fi range extenders also provide a plug socket that can be used for other devices.

Another way of extending the Wi-Fi range in your home is through a powerline adapter, which makes use of the existing electrical circuitry in the house. You can extend the Internet from one room to another without having to install any additional wiring, etc.

Powerline adapters are often the recommended solution for smart TVs, for example, because the devices can be moved anywhere in the house without a noticeable signal loss. Many adapters can reach speeds of up to 500Mbps and have a range of up to 400 yards.

The speed of your Internet connection can also be improved using a portable router. The device has a built in power adaptor and one or more USB ports. Typical devices have control over the bandwidth allotted to every PC or Internet connected device, as well as parental controls.

Posted by admin on in Technology |

Very few people will tell you this, but when it comes to hosting a website, you will always need to make some compromises. If you run an established business, it makes a lot of sense to invest money into a colocation service. If you sell products or services online, your website is your virtual store, so it needs to offer its users the best shopping experience. This means that you simply can’t afford to have server downtimes, files getting hacked, poor customer support, and so on. Nevertheless, all these benefits carry a pretty steep price tag.

If you head over to one of the colocation brokers’ websites, so that you can get the full picture, you will see that the colocation plans, where you simply take your server to a data center and let them take care of it, can range from 50 to 5,000 dollars a month. If you’ve just started your business, this is money that you can’t afford to lose. 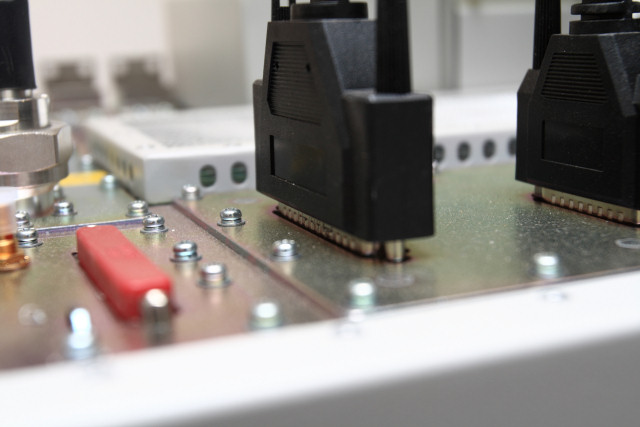 What should you do then? No matter what type of website you intend to create, please stay away from the free web hosting accounts. The companies that offer these accounts rely on advertising and, as you can probably guess, they can’t afford to invest too much money into hardware, so the quality of their services will degrade as the time goes by and they host more and more website on the same old servers.

There are companies out there (http://www.hostgator.com/, for example) that offer decent shared hosting accounts with prices that start at about 4 dollars per month. What do you get for the money? First of all, you get an ad-free hosting account. Then, a file manager, database creator, various promo tools, quick install tools and so on. In addition to that, Hostgator’s support team is quite good at what it does, so you will be able to solve the problems with your website (if any) quite quickly.

Your business may outgrow the features offered by a standard shared hosting account, though. As an example, if you work with precious data, you don’t want it to be stored in the 100th folder on a shared hosting server, along with the data used by 99 other websites. If one of the other sites is targeted by a hacker, your precious data will be in danger as well. My recommendation is to start your online business using a shared hosting account, and then, when your business starts producing profit, to move on to a more expensive, but much more secure option (a dedicated server, for example).

What about cloud hosting? The main advantage here is the fact that you only pay for the server resources that you are using each month. It’s a very good solution for people that have a thriving business but need to keep the costs under control. With cloud hosting, if the number of website visitors is much smaller this month, you will pay a much lower hosting fee. On the other hand, if your website receives more visitors this month, you will pay more for hosting, but hopefully this won’t be an issue, since a larger number of website visitors should also lead to an increased profit.

It looks like more and more people use the internet to do business. If you want to succeed, you need to host your website using a high quality provider. I hope that this article has taught you at least some of the web hosting basics.

Most Influential Blogs and Their Way to Success

Posted by admin on in Blogs, People |

Blogs have the power of shaping the opinion of people living all over the world and there are thousands of bloggers that manage to draw a lot of attention with their well crafted articles. 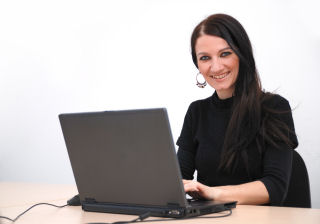 1. Scobleizer is a well known blog created by Robert Scoble, the place on the internet where people that want to be informed on the latest technologies visit on a regular basis. Scoble is a former Microsoft employer and he is passionate with promoting innovations that have the potential of changing the entire world from the ground up.

2. TechCrunch is managed by Michael Arrington and is considered by many as a very powerful blog that deals with tech start-ups. The opinions that Arrington expresses are very well appreciated in the industry. The search engines have ranked TechCrunch as the third most influential blog in the entire world, as Technocrati has stated. Arrington is also considered to be one of the 25 most influential men on the web

3. Henry Bodget is the CEO of Business Insider, a business that has grown rapidly, being a site dedicated also to technology. He is a former research analyst, a part time investor and his opinions, which are posted on the blog on a regular basis, are read by a multitude of persons.

4. ParisLemon is the name of another well known blog that was created and is sustained by the posts of M.G. Siegler, who has previously written for TechCrunch. He has a personal history in writing columns since 2009.

5. Mashable.com was launched in 2005 by Pete Cashmore, which is its CEO and also founder. The blog is red every month by more than 10 million unique readers. He writes a column every week and his favorite topics are technology and social media. It is also interesting to know that Cashmere has ranked in the top 100 of the most influential persons created by Time Magazine.

6. Techdirt and Floor64 were created by Mike Masnik. He is also writing for Business Week’s Business Exchange, and on his posts people can read about political changes, technology and all sorts of legal issues that have an impact on the ability of companies to grow. Techdirt was built in 1997.

7. GigaOm was founded by Om Malik, which has gained the good name of a respected web writer as he has publishing articles during the past 20 years. He is one of the founder members of Forbes.com and his creations have been published in The Wall Street Journal, The Economist and MIT Techology Review. The blog was founded in 2006 and it is now a powerful system of reference not only in business, but also in the technology world.

8. Dooce is another influential blog which was created by Heather Armstrong, who has been attracting attention since 2001. It is one of the most famous public diaries. She began by writing about her job and she got fired and in the end “dooce” became a verb used by people that talk about being fired because of the personal website. Armstrong gained so much popularity with her honesty and thorough writing about topics where many people have found themselves in as well.

9. Perezhilton is the site most well known for its gossip materials and news. It is once considered to be the most hated blog by the Hollywood celebrities. Millions of people read the daily posts with great passion.

10. Beppe Grillo from Italy is a famous comedian and political commentator who was banished from the state TV in his country. He has decided to create a blog where he posts some of the wildest ideas ever. For example, he once asked Germany to declare war to Italy as a mean of helping his people.

These are just a few examples of influential people that have the power to change the world as we know it through their blogs – most of the time, for the better!